Drunk Russian men trying to hit the van with a crowbar: 1

Exhausted and overwhelmed from a week driving in the desert, nearly 4000 miles of Russian road lay before us, and boy was that scary. What if we don’t drive fast enough and we don’t make it to the border before the visa runs out? What if Tina breaks down and we have to be towed out of Russia? What if we are too tired to drive the allotted daily miles? What if we can’t even make it to Moscow to hide at the embassy? Well it was a piece of cake really, we arrived at the border two days early. Time was literally on our side as we gained five hours due to the time zones. We even spent nearly twenty four hours in Kurgan at a Ford garage whilst Tina had life altering surgery, so I’m not quite sure how we arrived in such good time. Perhaps fear of ‘Russian Agression’ if we overstayed our visas or simply bad calculations propelled us towards the border with Ukraine.

However, we did get bored. It was the feeling we had in Finland approaching Russia, we just wanted to drive so we could get to Ukraine quicker and begin the next part of the trip. We had got to and through Mongolia, the main aim of this whole trip, and now all we could think about was the prospect of sleep and a washing machine in Ukraine. Russia was still as beautiful, interesting, and eye opening as before, if not more in some places, but it didn’t have the same impact upon us. We knew what to expect from the country and the people and after Mongolia it seemed so normal. Places we drove through originally had changed due to the weather or the season, the locals were selling more mushrooms and less berries, and the thought that summer was coming to an end was beginning to manifest. Likewise, the voices and thoughts inside our heads seemed to lack creativity too. The open road does wanders if you have a lot of things to think about, like choosing a potential career path in my case, but this is also dependent on how long the open road is. We began to listen to a lot more podcasts and story books, hearing other peoples ideas and experiences seemed far more appealing than getting lost in our own.

Physically we were beginning to tire too: the blister on my thumb from a juddering steering wheel on the corrugated Mongolian tracks was growing bigger, the repetitive pain in my wrist from constantly driving and Harry’s similar pain in his elbow too were getting worse by the day. We had bucket washed our clothes often but the dirt was becoming harder and harder to scrub out. Harry’s beard had grown beyond what used to be an acceptable and perhaps fashionable shape and into a straggly and untidy effort and I looked like I had been dragged through a hedge backwards, with both of us in desperate need of haircuts too. As for poor old Tina she was worn out. New wheel bearings and brake pads were needed as an alarmingly unusual sound grew louder and louder, it was enough to get us out of Russia but a full service was required once we could settle somewhere in Ukraine. Out of the three of us though, she was the filthiest. Her normal paint job of ‘Frozen White’ was now a rainbow of blacks and browns, accessorised with an array of bugs, and Gobi dust covered every square millimetre of the interior. We certainly were a sorry sight. 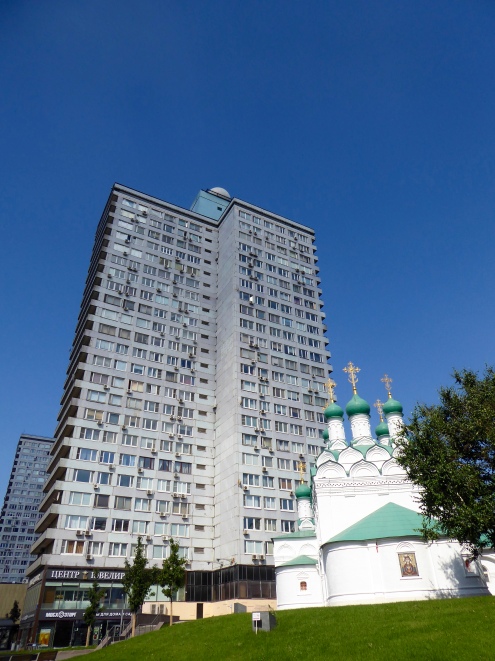 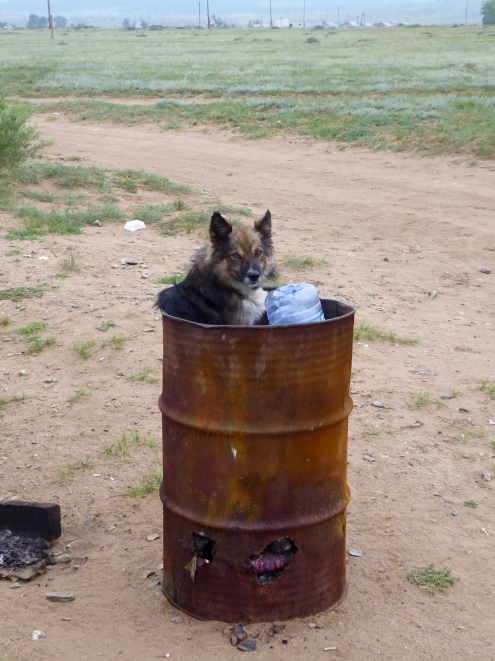 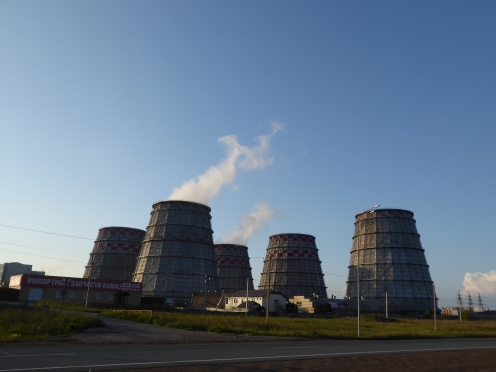 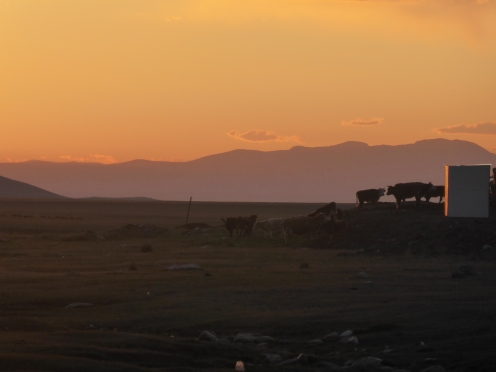 Sadly the trip is on halt at the moment and we are both back in England due to a personal family matter, so reflecting upon our time in Russia whilst sat in the comfort of my kitchen with all my home comforts around me, in my native country, makes Russia seem so far away and more alien. I began to draft this post in Ukraine and I’m sure if I had carried on with it there or in Romania where we left the van, it would be a very different account.

Anyone wanting to go to Russia we both whole heartedly urge you to go. The media and politicians of the world paint a grey smudge over such a beautiful, welcoming, and culturally rich place. I was quite nervous when we first crossed the border and drove towards St Petersburg, we believed all Russians would be unwelcoming, untrustworthy, and perhaps some even savage and dangerous but we couldn’t have been more wrong. I’m sure, like everywhere in the world, if you go looking for trouble you will be met with such people, but we were only shown kindness and always given help despite vast language barriers (except for one drunk man at Lake Baikal who wielded a crow bar at us, but I think he was just having a bad day). Despite bad driving there is a definite honour amongst thieves as everyone warns each other of police cars and speed cameras and you always say thank you even if you overtook dangerously. Their language doesn’t do them many favours as it always sounds angry but whatever they are saying is always with gusto and a smile. That familiar obstacle when going abroad of how to fill up your car with fuel correctly and how to weigh your fruit and veg at the supermarket correctly was as usual amusing, but unlike many European’s who do not help you and just mutter at you, the Russians were as amused as us and showed us how. 10 out of 10 for effort.

Road trip wise the roads we travelled on were amazing, far better than the average A road back home in Herefordshire, littered with pot holes. We didn’t see many other people doing the same kind of road trip but that is not to say it is unwise, you could be far more adventurous than we were and wild camp or go and find the campsites, we just had a task at hand and had to get on. In our quasi state of lorry driver/tourist we actually got the best of both worlds. The best food we found was in the lorry parks, simple but delicious home cooking to send the drivers off to bed with a full stomach and thinking of their mothers. Their soups are fantastic, their vodka is tasteful, and their dumplings delicious. The Russian lorry driver is of course a very important person, transiting goods  for their own countrymen and for international trade, and he is a very nice person too. They did laugh at our presence in their overnight stops but incorporated us in there evening routines. We drove through a more real Russia with them and experienced a more real Russia with them, not a tourist version in the western major cities. 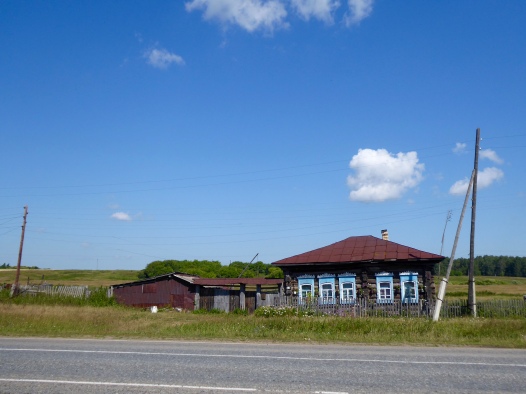 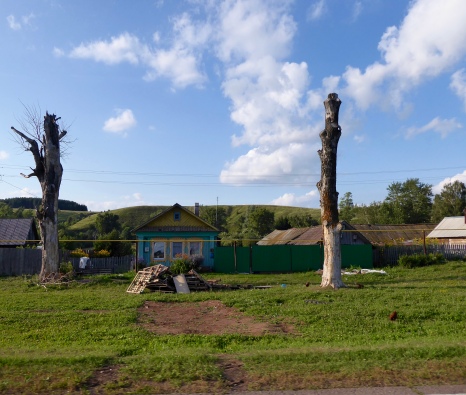 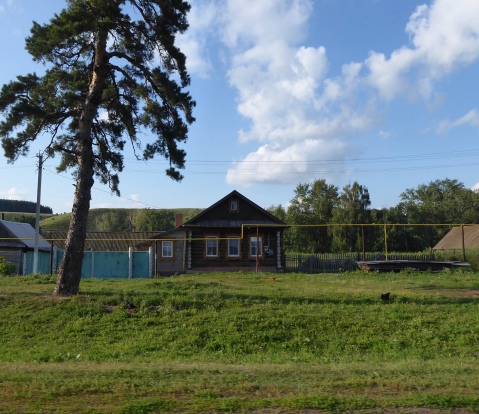 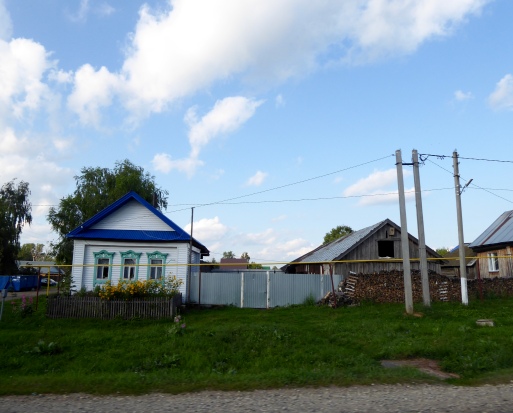 The rural towns and villages are beautiful, with wooden and tin houses lining the streets, horses and carts pulling produce, and the older generations sitting outside watching the world go by, with chickens pecking the ground at their feet. This idyllic bucolic lifestyle definitely seems hard though as they are selling whatever they can on the side of the road, foraged fruit, home grown veg, plastic tack from china and the like. In addition the lack of younger generations in these areas was quite a shock. Urbanisation is obviously a worldwide problem but never have we noticed it more than in Russia. And the cities seem to be at bursting point with tower block upon Soviet tower block and all the buses and cars are crammed full of people no matter what time of day.  I won’t go too far into politics, policies, and details but trying to run a country that big, some areas so densely populated and some so completely barren, with infrastructure that is a bit outdated and sanctions on your international trading must be a nightmare. Human rights is a whole other matter and thank god we couldn’t communicate in depth to the locals as that may have started some fights. Also, arriving from Scandinavia where the environment and climate change is a big deal was also a shock. Russia is as we all know a resource rich land mass and their ruthless exploitation of it was far more apparent than I have ever seen, anywhere in the world. They have absolutely no shame in actively destroying the planet and contributing to climate change, the sad reality of choosing fortune and profits over the future of our planet which has been the normality for too long and has to change. I fear this will be the normality for a while longer in Russia so lets hope it’s not too late.

Some of this seems fairly negative but only because Harry and I come from a far more developed and forward thinking country (at least sometimes it is…), we would obviously compare it to where we are from and these are just our honest interpretations. The Russian people are simply bumbling on with their everyday lives as best they can, and their steadfastness and humour despite some grim realities is much to be admired. From what we learnt and saw of their history in St Petersburg and Moscow, they have had a rocky old time but a diverse and interesting culture has emerged from it. The landscape is beautiful and I would go back mainly for that and the Borsch but there is plenty more to be explored and experienced, just don’t let nerve agent poisonings put you off guys. 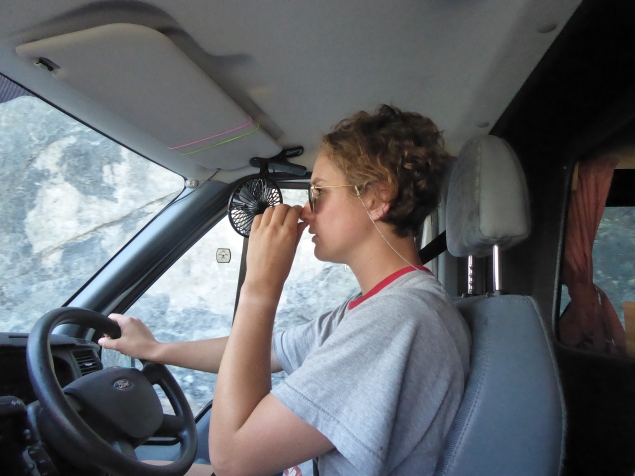 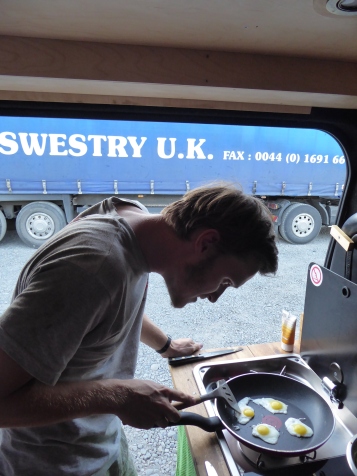 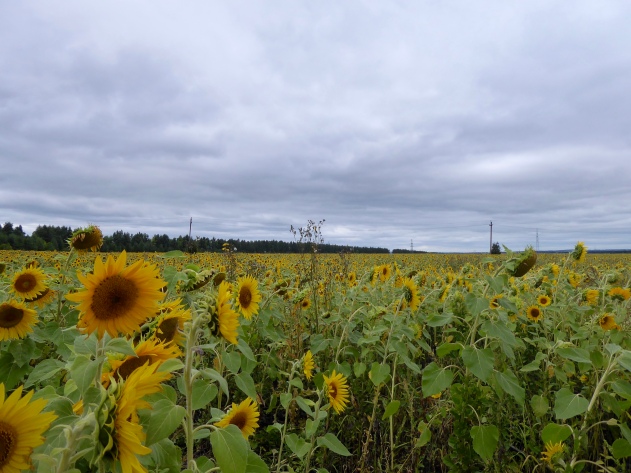 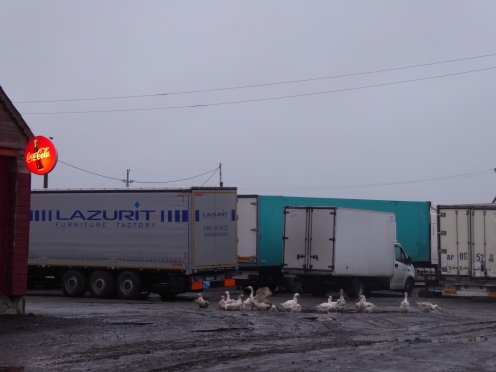 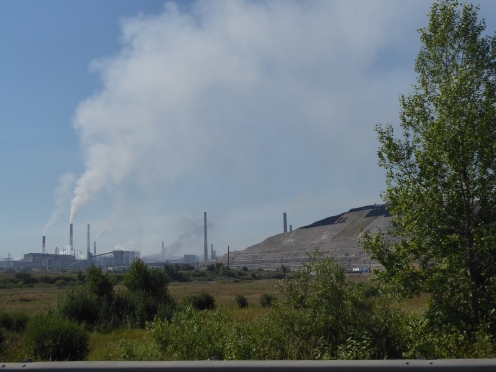 The beauty of this trip is that we have and will see such different countries along our way. It has just dawned on me that we are sort of driving round the perimeters of continental Europe, not forgetting a small detour to Asia. The Atlantic coast in Norway, Finland and eastern Russia, heading onto the Black Sea coast in Romania and Bulgaria to get to Istanbul, onto northern Greece and up the Balkan Peninsula, finishing by driving along the Mediterranean coast to Barcelona. Europe is so little in the grand scheme of things but it sure is wacky. It seems Harry and I are embarking on an ecological tourist investigation of Europe and some of its frontiers, how cool is that!